Completely fill out spring starting survey and submit by 10/5/2021.

The SVIC invites students (as individuals or in teams of up to 5 members) from across the state to identify pressing social, environmental or economic issues at the state, national or global level, and develop innovative, sustainable, business-oriented ideas to solve them. Apply here. You must indicate your participation in i2 Passport on your SVIC application.

Receive Visa Stamp Credits for each time you use the Cubex Coworking Space from 09/27/2021 to 11/29/2021. Must stay in space a minimum of one hour and cannot be part of other activities going on in Cubex Coworking Space or ECenter (such as E-Club or Makerspace). Maximum of 5 visits for 2,500 VSCs total (500 VSCs per visit). Must swipe in at i2 Passport kiosk.

Use Makerspace at the ECenter
500 vsc

Receive VSCs for each time you use the Makerspace @ the ECenter from 9/27/2021 to 11/29/2021. Must stay in space a minimum of one hour and cannot be part of other activities going on in the Makerspace @ the ECenter, Cubex, or ECenter. Maximum of 5 visits for 2,500 VSCs total (500 VSCs per visit). Must swipe in at i2 Passport kiosk. Subject to open hours/appointment availability and you must receive training as part of your uses.  Learn more: https://www.unh.edu/ecenter/makerspace

Please note the E-Club events Wildacat Tank, Entrepreneur's Game of Life, and Sell Me are separate i2 Passport events and not meetings.

Apply to the Maurice Prize for Innovation
1000 vsc

Submit application to apply for Maurice Prize via email to Genevieve.Brown@unh.edu by the deadline of 12/6/2021. Details: https://www.unh.edu/ecenter/maurice-prize

Join us at 4:00pm in the MUB's Granite State Room to kick-off the fall 2021 semester of i2 Passport. Get your free i2 Passport t-shirt and get all your i2P questions answered. Make sure to register via Eventbrite.

Receive VSCs for following the ECenter on Facebook, Instagram, and/or LinkedIn by 11/29/2021. You will receive 500 VSCs for ONE follow. Additional follows are not worth additional VSCs. You must provide your social media handle at registration. You must send a screen shot to the ECenter at heather.macneill@unh.edu to verify you followed the ECenter.

How do we build a powerful food movement that democratically transforms our world’s food system so that it is sustainable, just, and resilient? This panel will feature food system thought leaders and pioneers who are leading by example through a shared set of sustainability values around collaboration and trust, democratic empowerment, racial equity and dignity for all.

We are delighted to announce that the event will be anchored by UNH alum, CEO of Ocean Spray, Tom Hayes. Ocean Spray was founded in 1930 on the very principle that we are stronger when we are working together. Tom will talk about Ocean Spray’s cooperative governance and ownership structure, 100% owned by the 700 cranberry growers across the United States, Canada and Chile who are part of the vibrant cooperative. As farmer-owners, they are returned 100% of the profits from products made from their fruit. Tom will also talk about Ocean Spray’s unique opportunity to drive forward a sustainable, food system that provides accessible, affordable, and nutritious food to people worldwide, as well as their work in advancing regenerative agriculture and sustainable supply chains.

The 3 Day Startup Entrepreneurship Weekend Intensive is a 72-hour experiential program that introduces entrepreneurship methods to students and aspiring entrepreneurs from diverse backgrounds in an inclusive and immersive hands-on environment.

Students will learn how to recognize and act on opportunities in the market by designing a business model, developing a prototype, working with expert mentors, and pitching ideas.

You must register in advance and participate in all three days in order to receive Visa Stamp Credits.

UNH Alumni Speaker Series: Inside Look at Building Your Company for Growth and Acquisition

Join us for what will be an inside look with two of UNH’s successful entrepreneurs, Greg Flynn of Brainshark and Joe Petro of Nuance Communications.  Greg and Joe will  tell their stories and then discuss the strategies of growth and the eventual acquisition of their companies. Choices Made. Lessons learned. Take-aways for anyone interested in being part of a start-up company, whether their own or working in one!

We hope to be live and also be simulcast as a Zoom webinar.

The B Impact Clinic gathers teams of undergraduate students from many majors and disciplines to serve as consultants for regional companies that are working to complete their B Impact Assessment. The BIA is an open-access, rigorous assessment tool, which is widely regarded as a comprehensive way to assess a company’s impact. Students help company leaders who want to address their social and environmental impact. Students are matched with companies to help them complete the BIA, become B Corp certified, re-certified, or to simply understand how they perform.

Here is the Zoom link for registering for the info session:
https://unh.zoom.us/meeting/register/tJEvf-yvpz0pHtVxjJs48iDY7iZMQY7Z0CnD

Thanks to the support and engagement of David E. Shaw ’73 and his brother John Shaw, the UNH Entrepreneurship Center (ECenter) is launching the Shaw Innovation Explorers Program with the first cohort in the fall 2021 semester.

Included in the program is the Shaw Innovation Explorers Speaker Series. The vision of the Speaker Series is to bring in a range of diverse and high profile innovative, pioneering “Explorers” who David Shaw knows personally. These "Explorers" come from a variety of backgrounds that include music, business, cinema, science, sports, art, technology, social activists, and more. The goal of the Shaw Innovation Explorers Speaker Series is for students and others to understand that innovation and entrepreneurship can, and does, take all forms.

The first featured speaker is Brian Skerry, photojournalist and Rolex National Geographic Explorer of the Year in a conversation with David Shaw.
All are welcome to attend.

Prior registration required. Kindly RSVP by October 1. We strongly encourage you to view “Secrets of the Whales” prior to the event.

He is the author of 12 books including the acclaimed monographs Ocean Soul and Shark.  His latest book, Secrets of the Whales, released by National Geographic, is part of a multi-platform project he created that includes a cover story in National Geographic magazine and a 4-part series on Disney+. 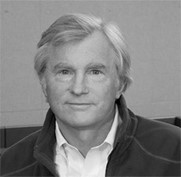 Shaw has served on the faculty of Harvard’s John F. Kennedy School of Government, and the advisory board of the Center for Public Leadership with interests in leadership, corporate governance and business social responsibility. He is a founding board member of the US Olympic & Paralympic Museum, chair-emeritus of The Jackson Laboratory, Treasurer emeritus, trustee emeritus and a Fellow of the American Association for the Advancement of Science (AAAS) publisher of Science, founding chair of the Aspen High Seas Initiative and Sargasso Sea Alliance (ocean conservation), a trustee-emeritus of the National Park Foundation, a founding Advisory Board member to Curiosity Stream, and an advisor to Just Capital. Other affiliations have included Leadership Council of the Service Year Alliance, board member of Maine Medical Center and Hurricane Island Outward Bound, a member of the Executive Committee of the US-Israel Science and Technology Commission, the Council on Foreign Relations, Explorer’s Club, Service Nation, the selection committee for America’s Best Leaders (US News and World Report), YPO, WPO, CEO and others.

Shaw was honored at the 2017 New York Restoration Project Hulaween Gala. He was named 2013 International “SeaKeeper of the Year” (with the Sargasso Sea Alliance board) by The International SeaKeepers Society, Wave Maker at the 2016 Blue Ocean Film Festival. In 2018 Shaw was appointed a Patron of Nature by IUCN (International Union for the Conservation of Nature). Additionally, Shaw is the recipient of the 2013 Leslie Cheek Medal from the College of William & Mary.

Join us with Granite Outdoor Alliance, Office of Outdoor Recreation, and Ski NH to solve problems related to the NH winter sports industry! Details are TBA. Make sure to register in advance on Eventbrite. Sign up with a team or on your own and we'll create your team. You must participate in both days in order to receive Visa Stamp Credits.

Pitch your idea to a panel of judges in a shark tank fashion for a chance to win a grand prize of $1,000 dollars! For those participating in the pitch competition, you will receive 1000 Visa Stamp Credits for this event. If you are an audience member, this is considered a regular E-Club meeting and worth 500 Visa Stamp Credits. Both groups must register as the appropriate group. Details and registration: https://www.eventbrite.com/e/wildcat-tank-tickets-168117872081

An event put on by E-Club, but not a regular E-Club meeting, this stimulation is to give you real world scenarios and have you consider and make managerial decisions that C-suits and startups often face. Details and registration: https://www.eventbrite.com/e/entrepreneurship-game-of-life-tickets-168116265275

Hear from the authors of Two Beats Ahead and learn why business and the arts complement each other through innovation.

Located in the Training Room at the ECenter. Make sure to register in advance on Eventbrite.

After the submission deadline of the Social Venture Innovation Challenge, all contestant's entries will be reviewed and scored by a large panel of online judges using a Judges' Rubric during the Preliminary Round. The top 9 finalist teams will advance to the Final Round. Visa Stamp Credits will be awarded once the SVIC team notifies the ECenter of who has made the Final Round.

On the day of the Finals, finalists teams will present and pitch their idea to a panel of Final Round judges who will score using the same Judges' Rubric and will determine the award prizes. Immediately following the Final Round presentations, we'll hear from our Keynote speaker, the Social Innovator of the Year, and prizes will be announced at the conclusion of the day.